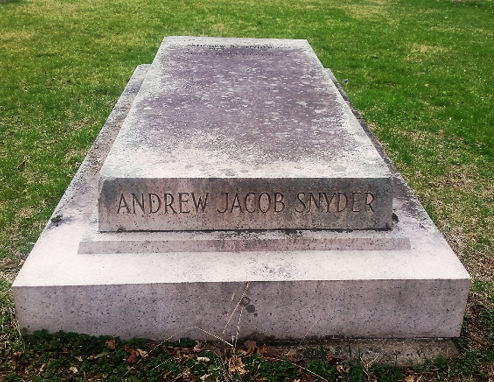 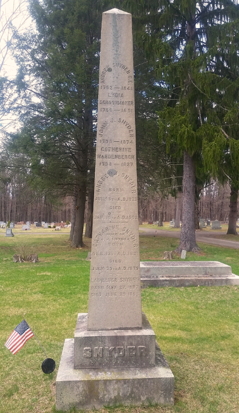 ABOUT THE ROSENDALE PLAINS CEMETERY
The current Rosendale Plains Cemetery  was originally organized by the Village of Rosendale under the name Rosendale Cemetery. At the time, there was not too much going on in Tillson and the cemetery mainly served the Village of Rosendale. As Tillson and Bloomington began to prosper, burial grounds for both of these hamlets were needed so the founders began looking for ways to increased the size of the cemetery and hopefully allow it to accommodate burials from the entire town. On hearing of this problem, A.J. Snyder of the famous Rosendale Cement Mines bought the small cemetery property and then also bought all of the surrounding property as defined by the huge amount of property we currently own extending all the way down to and adjoining the Wallkill Valley Rail Trail.  There were some low parts of the cemetery in the rear and he had many loads of mushroom dirt from the mines brought up for fill. That is why the grass in the rear sections of the cemetery grows so fast and is so thick, almost like a carpet. So, with the new land now owned by the newly formed Cemetery Association, the Rosendale Plains Cemetery Association was formed and incorporated with the County in 1869. Burials for people all over the Town of Rosendale began to take place. In 1959, Mr. Snyder built the brick caretakers building located at the front of the Cemetery as well as the brick wall defining the entrance. He also built the chapel in the back which includes stained glass and a vault underneath for use in winter burials.  Coffins were brought in underneath and were lifted up through a center hole in the floor of the chapel for wintertime services. Then, the bodies were stored in the vault until springtime. In more recent times, and due mainly to families much more frequently having relatives out of town and preferring the funeral and burial on the same day, we perform actual wintertime burials. Our superintendent 'cooks' the graves so the ground thaws and can be dug. He does this by pouring several bags of charcoal over the gravesite, lighting it, covering it, and leaving it overnight. When cooking the grave is not enough, he has to torch the ground and chop the frozen tundra with an ax.

A.J. Snyder wanted to attend his own funeral so he had his entire service and burial ceremony before he passed away so he could be there. In addition, he did not want to go underground so he had a glass covered coffin entombed in an above ground tomb on is family plot on the south east corner of Section 10. He also wanted people to celebrate his death. Many teenagers growing up in Tillson can remember the beer parties that used to take place over at 'AJ's Tomb'.

Our cemetery has  since served as the main cemetery within the Town of Rosendale. In 2014, we started a Green Natural Burial section to accommodate many requests.